In order to bring you the best possible user experience, this site uses Javascript. If you are seeing this message, it is likely that the Javascript option in your browser is disabled. For optimal viewing of this site, please ensure that Javascript is enabled for your browser.
Did you know that your browser is out of date? To get the best experience using our website we recommend that you upgrade to a newer version. Learn more. 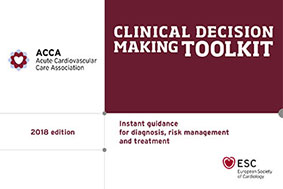 One of the best tools to help practitioners make the best bedside clinical decisions when managing patients with acute cardiovascular disease.

Our mission: To reduce the burden of cardiovascular disease.